European Commission
Poland is the 7. producer of footwear in Europe

Poland is the 7th largest producer of footwear in the EU, with a market share of 2.5%. Only Italy, Spain, Portugal, Germany, Romania and France are ahead of us. Forecasted increase of the Polish market may achieve 4.6% yearly (CAGR2018–2021). Our country is the 5th largest employer in the EU in this sector – providing jobs in the footwear industry for almost 18.000 people.

Production of shoes in Poland has reached over 46 million of pairs in 2017 – which places Poland on the 40th position among the manufacturers of footwear in the world. The value of the Polish footwear market in 2017 amounted to nearly €3.3 billion. In Poland, 3 440 companies were registered in the footwear sector in 2018.

– The Polish footwear sector has extraordinary potential – but it also faces challenges. There is a huge demand for employees in the industry, salaries are growing rapidly, but the industry has a future in the era of slowlife and ecology. Europe has a huge share in the global footwear market (35%), and Poland benefits from a strong position in the EU – says Marek Górecki, President of The Polish Chamber of Shoe and Leather Industry.

According to data from 2017, the footwear industry in Europe has more than 21.000 companies that provide employment for 278.000 people in various positions. The European footwear market generated revenues of more than €95 billion in 2017 – making footwear the second most important fashion segment in the European retail industry after clothing.

The textile, clothing, leather and footwear sector (TCLF) is a European potentate, a source of new trends and innovations. It is estimated that the annual turnover in the industry is over €200 billion and that around 225.000 companies employ 2.2 million people – 66% of whom are women.

The Polish TCLF sector still has great potential for development – the European Commission, Directorate General for Internal Market, Industry, Entrepreneurship and SMEs (DG GROW) and the Executive Agency for Small and Medium-sized Enterprises (EASME) are launching a project, which aims to increase employment in this industry: “Blueprint for sectoral cooperation on skills: showcasing careers in the textile/clothing/leather/footwear sectors”. Its aim is to promote, among job seekers –and focusing particularly on under 30 young people –employment in the TCLF industry, known as one of the most strategic industries for the EU economy. It is crucial for the development of other economic sectors, such as construction, agriculture, transport and road construction, medicine, as well as for the security of secret services and defence.

The campaign provides a series of visits, meetings and open days in EU countries' schools, VETs, TCLF related firms and associations in the EU. The aim is to develop awareness of the spectrum of the sector among potential new employees, students and pupils. A group of experts from each Member State will visit schools and training institutions to present the sector and answer all questions. The campaign aims in particular to raise awareness of the many career possibilities in the above sectors: the high employability and the attractive working environment, the sustainable innovation that is flourishing in those fields and the charming professional figures searched nowadays and in the future in the whole industry.

Learn more about the Campaign and the Project visit http://www.openyourmind-tclf.eu or follow the official profiles: 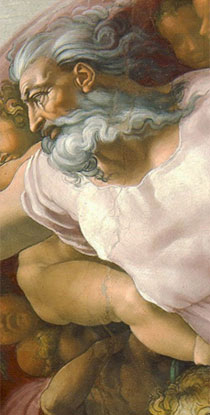